When Hot chocolate used to be called ‘Indian Soup’ 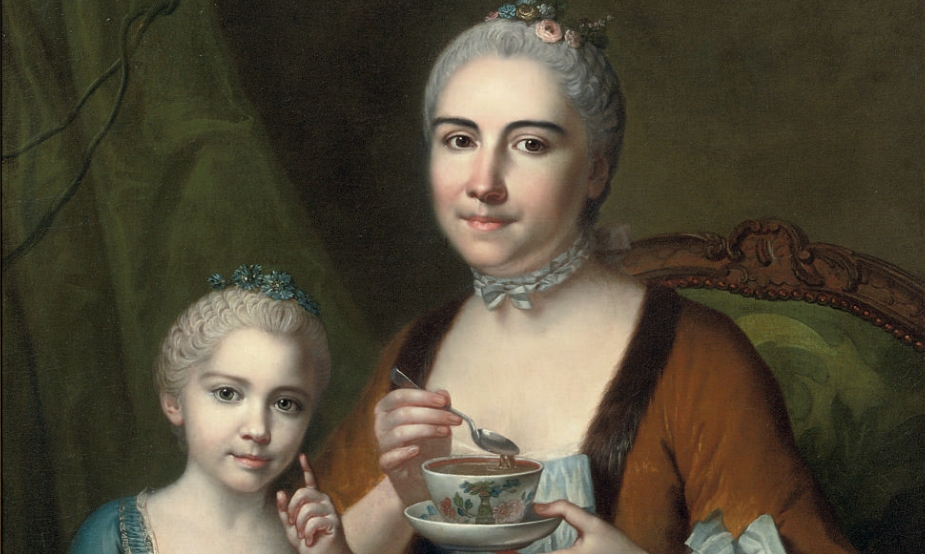 Hot chocolate steaming in your mug is one of the best winter comforts. Easy to make, with a bit of cocoa powder, or a dark Cortès chocolate bar that you can melt. You just need a little bit of milk, a sprinkle of sugar, to be stirred in a pot… and happiness is made.

You should though know that this comforting drink has been the symbol of a revolution in taste, habits, and culinary rituals that took over most European courts between the 600s and the 700s.

In this time, hot chocolate was called ‘Indian soup’, as it came from the West Indies, where its liquid form was the only way of enjoying chocolate, as chocolate bars weren’t a thing yet.

It’s the time of the Spanish Empire, ruling over the vast New World. In the 600s, noble tables are mostly banquets, a chance to feast, relax on grand chairs around tables filled with meat, game, and aromatic delicacies. The preparation of hot chocolate was also affected by the Baroque touch, and it presented itself with a complex taste, dense with strong aromas that reminded of exotic and foreign lands.

Chocolate and the Medici Family

Preparing hot chocolate in the Baroque times wasn’t an easy thing, as the manager of spices for the Medici family tells us in his Annotazioni di Ditirambo – his notes. He tells us that in Spain they knew how to make hot chocolate to perfection, but that at the Medici’s court they had added a special touch, thanks to the addition of European spices, as cedar zest, and the delicate aroma of jasmine, which together with other spices added great taste and fragrance to the chocolate. 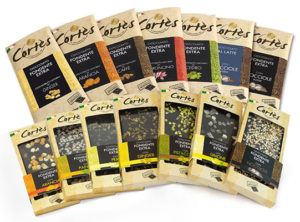 The recipe of Jasmine Hot Chocolate was kept secret by the Medici court, and  came out only after their spice manager had passed away. And here it is:

Add to cocoa powder fresh jasmine, and let it rest with the cocoa powder for 24 hours. Then, take out the flowers, and repeat this step for ‘ten or twelve times’ changing flowers every time. Finally, add to the now aromatic cocoa powder, some white sugar, vanilla, cinnamon, and grey amber extracts, and ‘make artsy hot chocolate’.

So it looks like adding aromas to chocolate is a Tuscan thing that dates back to the Medici, and it’s just as we do now with our Cortès chocolate with natural extracts…

It’s during the Enlightenment that chocolate starts to compete with tea and coffee as the hot drink preferred by aristocracy. In the 700s, the new philosophy dictates its taste also in the kitchen, and substitutes the Baroque feasts with more refined rituals. The new conviviality is all about measure, elegance, and refinement. The table becomes a place where to have lovely conversations, rather than excessive feasts. The dishes aim to tease, rather than to fill, and the handpicked companies gather around small tables with thin legs, on which they rest fine porcelain, symbol of their nobility. 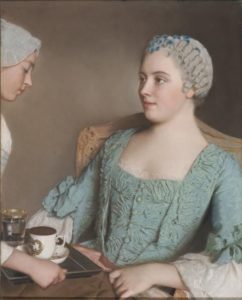 In this ‘refined’ age, chocolate cleanses itself of Baroque aromas too, and it’s simply prepared with sugar and cocoa powder, a sprinkle of vanilla or cinnamon. However, the 700s bring the rite of hot chocolate in a mug, which becomes a true private ceremony that highlights the noble’s routine. It can be at breakfast, or for special occasions. Hot chocolate in a mug at first used to be prepared with water, and later with milk that made it tastier.

So which one do you prefer? The Baroque or the Enlightenment way?

Whichever is your way, we support it! Especially if you use some Cortès Chocolate.