Home/ A bit of history / Ghiott World / Highlights / It happened in Florence, 1953

5 curious facts on the history of Florence, in a key year for Ghiott’s history

Why 1953? What happened then? Here are some curious facts, which will give you that 50s feeling, and we hope will give you a picture of how Florence was then…

1. Artist Robert Rauschenberg threw his art in the river Arno? 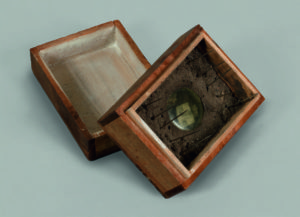 It wasn’t the performing art era yet, and the reason behind this reckless act by this American artist who was soon to become one of the major exponents of the Neo-Dada, was the unsuccessful turnout of the exhibition he just had at the Contemporary Art Gallery of Florence. Of all the works he had exhibited, he didn’t sell not even one of them. So he decided to go for a picnic on the river bank, and maybe for anger or maybe to avoid shipping everything back to New York, the artist threw all of his works in the Arno river. Who knows if it’s still there… for sure you can see similar work by him at the MoMa Museum in New York Among Friends…) 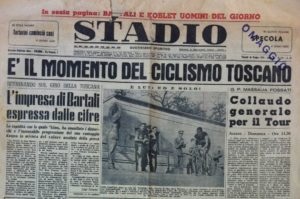 2. Which cyclist won the Tuscan Tour?

What a question! It was of course Gino Bartali. At the age of 39, the great Gino won the Tuscan Tour for the third, and sadly last, time…

3. Maria Callas stars as Medea for her first time 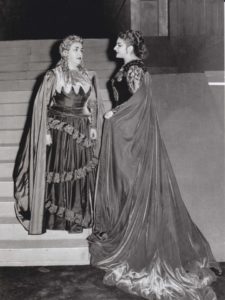 At this time, Maria Callas was a unknown young singer, and it was exactly in Florence that she made her debut with her famous timbre and her interpretative talent, on the stage of the Maggio Musicale Fiorentino, in Medea by Luigi Cherubini. This would have then become the role that would ensure her success around the world, making of her career and personality a revolution in the history of opera If you want to listen to her, click here..

This was a royal summer party…. organised by Giovan Battista Giorgini, inventor of Italian fashion, and the first organiser of a catwalk for foreign buyers. He was the first to unite the Florentine tailoring tradition to Renaissance art. He was the inventor of Pitti’s White Hall. But he was also behind many other events, such as this: the Great Ball at Boboli Gardens. It took place on a summer evening, in the beautiful Boboli Gardens in Florence, which no doubt many of you will know! It was a magical night, between elegant ladies, and some figures in Adamitic costumes… 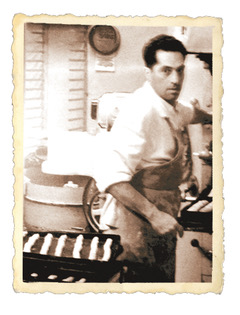 This is also the year in which Enzo Salaorni in his bakery in Florence, creates Ghiottini, our famous almond biscotti. This is a sweet innovation that still nowadays spreads its fragrance across the Chianti hills.
Do you wanna know how they came to be? Click here.