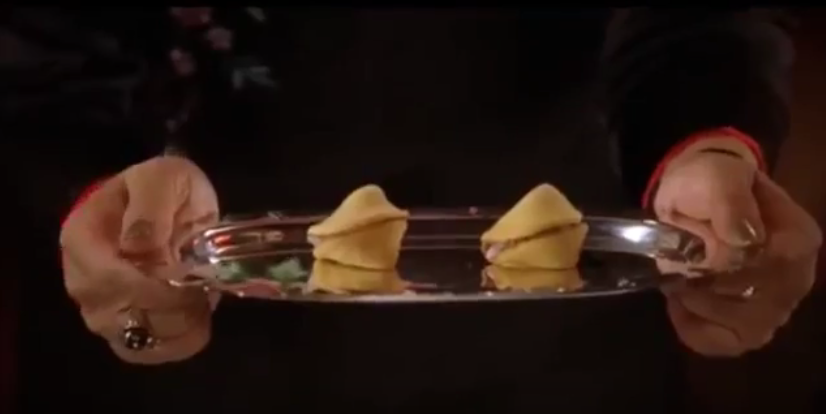 Food in art Il cibo has always been portrayed in different ways, and here at Ghiott we find it so fascinating that we decided to open a column, as you might’ve guessed, about cookies in art.

In our first edition we saw 5 still lives with cookies, and today we dicided to be a bit more dynamic and discover cookies in cinema.  We’ll see how food is portrayed in cinema, and especially we’ll discover 5 movies where cookies are the stars: 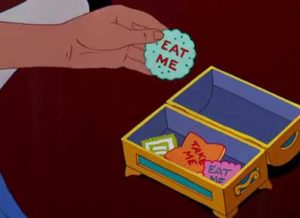 To be honest, Alice’s adventures started way before Disney’s animated film came out in 1951. In fact, it’s since 1862 that Lewis Carroll’s story engages both adults and children, and inspires illustrators of any age and style. Even Mr Disney was mesmerised by the story of the girl who fell into the rabbit hole, and so made it his most psychedelic feature, which was rediscovered only in the 60s. Here, cookies have a key role, as they state “eat me” and are the ones who make Alice grow disproportionally… 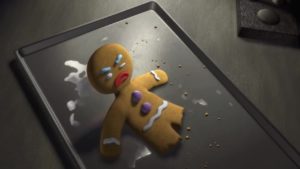 The Gingerbread Man, who stars in the masterpiece Shrek, surely is the cooky with the most dramatic role in the history of cinema. 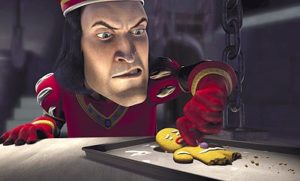 Our Gingerbread Man stars, together with Lord Farquaad, in one of the most comic torture scenes which surely is memorable! 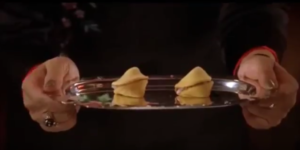 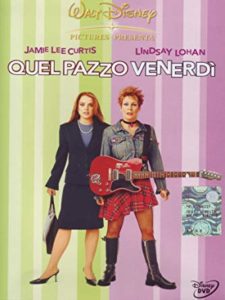 Here fortune cookies don’t actually represent a character, but they spark the whole story. Mother and teenage rocker daughter spend their days between a misunderstanding and a fight. After a pretty bad fight at a Chinese restaurant, thanks to two magical fortune cookies, they swap bodies, so that they’ll have to face each other’s problem and live in each other’s shoes for a while. 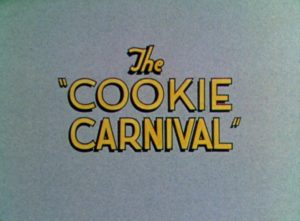 Cookietown, a land made of cookies, where every character is a cookie. The sweetest animated world, which only the folies of Silly Symphony by Walt Disney could come up with. One of the wonders of animation pictures that takes us backc to 1935, where the feature was showed at the third Mostra del Cinema in Venice. The plot is very simple: a jury of three has to elect Miss Candy. Many compete for the nomination: Miss Banana Cake, Miss Coconut Cake, Miss Licorice… but a poor Cinderella Cookie doesn’t know how she can, as she doesn’t have a dress pretty enough for the occasion. A funny Vagabond Cookie will come to her aid, and will help her become a ‘Miss’. He will use other sweets to make her dream come true: marshmallows will become face powder, strawberry candies her lipstick, and custard will be used to make her beautiful dress. The cookie girl will be elected Miss Candy, and the Vagabond will win her heart. 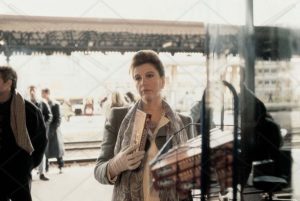 Biscotti is a short film from 1996 directed by Davide Grassetti e Fabrizio Sferra, which sees Stefania Sandrelli as a posh lady waiting at a train station. She has just bought a box of cookies, and is sitting in a bar reading the paper, when suddenly a guy arrives. He’s listening to music with earphones and he looks a bit of an insolent. He sits in front of her, opens her box of cookies and starts eating them. The two don’t share a word, but a silent duel of gazes begins, which will lead them to an unexpected finale…

Finally, a quote from Amarcord by Fellini. The scene stars a History of Art teacher, “Did you know, dear students, why Giotto is such an important Italian painter? Let me tell you…”